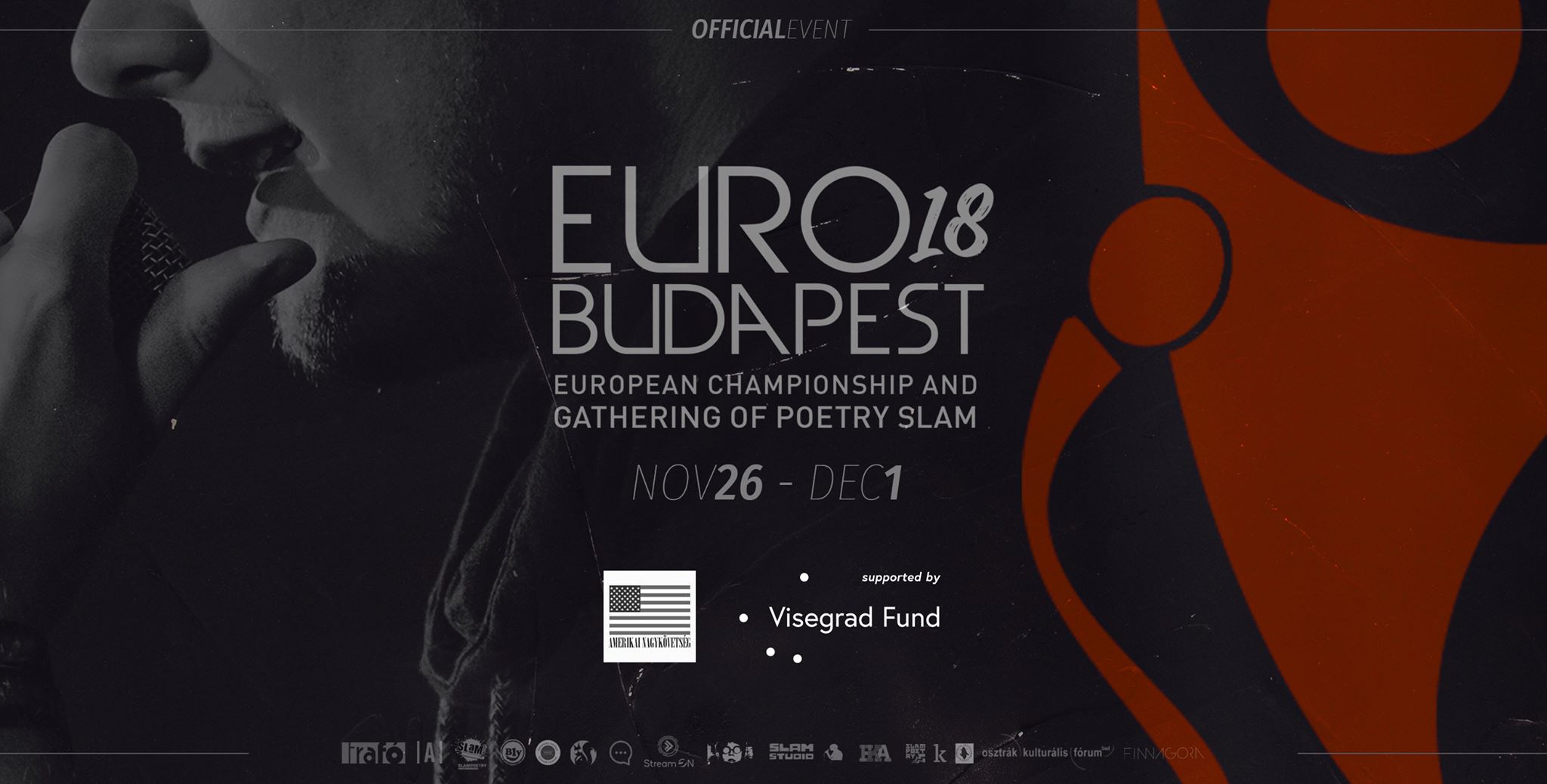 The main organizer, Slam Poetry Hungary Association welcomes more than 20 national poetry slam champions from all around Europe to a series of events between November 27 and December 1. The Guest of Honor is none other than the founding father of the genre, Marc Kelly Smith from Chicago and a small spoken word team led by him, the Chicago’s Speak Easy Ensemble 2018. They will work together in a 3-day workshop series with poets coming from the Visegrad4 countries (Czech Republic, Slovakia, Poland, Hungary), along with young slam poets representing Serbia, Macedonia, Ukraine and France. Other VIP guests of the festival are Mwende „FreeQuency” Katwiwa (Kenya/USA), 2018 Women of the World Poetry Slam Champion, and poet, professor and ‘Slam Master’ Bob Holman from New York, whose previous appearance on the Hungarian slam stages has already been a great success. Additionally, along with local slam poets, Philip Meersman, Belgian slammer, head coordinator and organizer of the European Championships and Jaan Malin alias Luulur, Estonian sound poet, editor, essayist, curator will add poetic colour and joy to the program.

November 27th will be a “Conference Day” at Anker’t Budapest, where workshops, debates and open discussions will let the audience gain an insight into the origins and the present status of the genre both overseas and in Europe. The next day is the day of the Semi-finals, also at Anker’t, with over 20 European slammers competing with each other. November 29th is dedicated to performances at Trafó House of Contemporary Arts, where among other solo productions, the American-European collaboration will present a unique, multilingual showcase with the title „Bridging Barriers”, as the culminating result of the intensive workshop sessions. Finally, the main highlight, of course, is the European Poetry Slam Championship Finals, taking place on November 30th, also on the stages of Trafó.

Funding is provided by the US Embassy Budapest (Government of the United States), the International Visegrad Fund and Trafó House of Contemporary Arts. 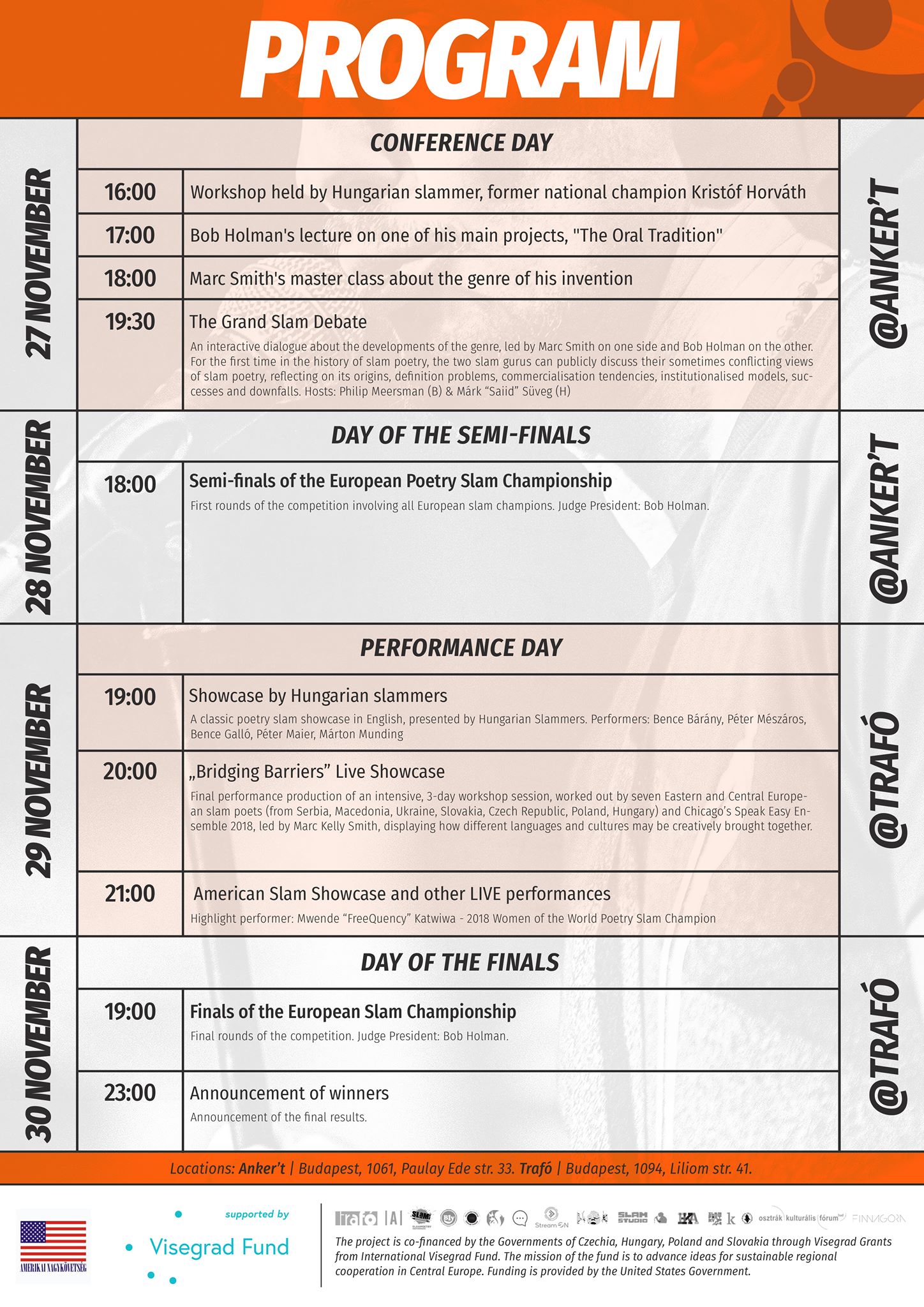